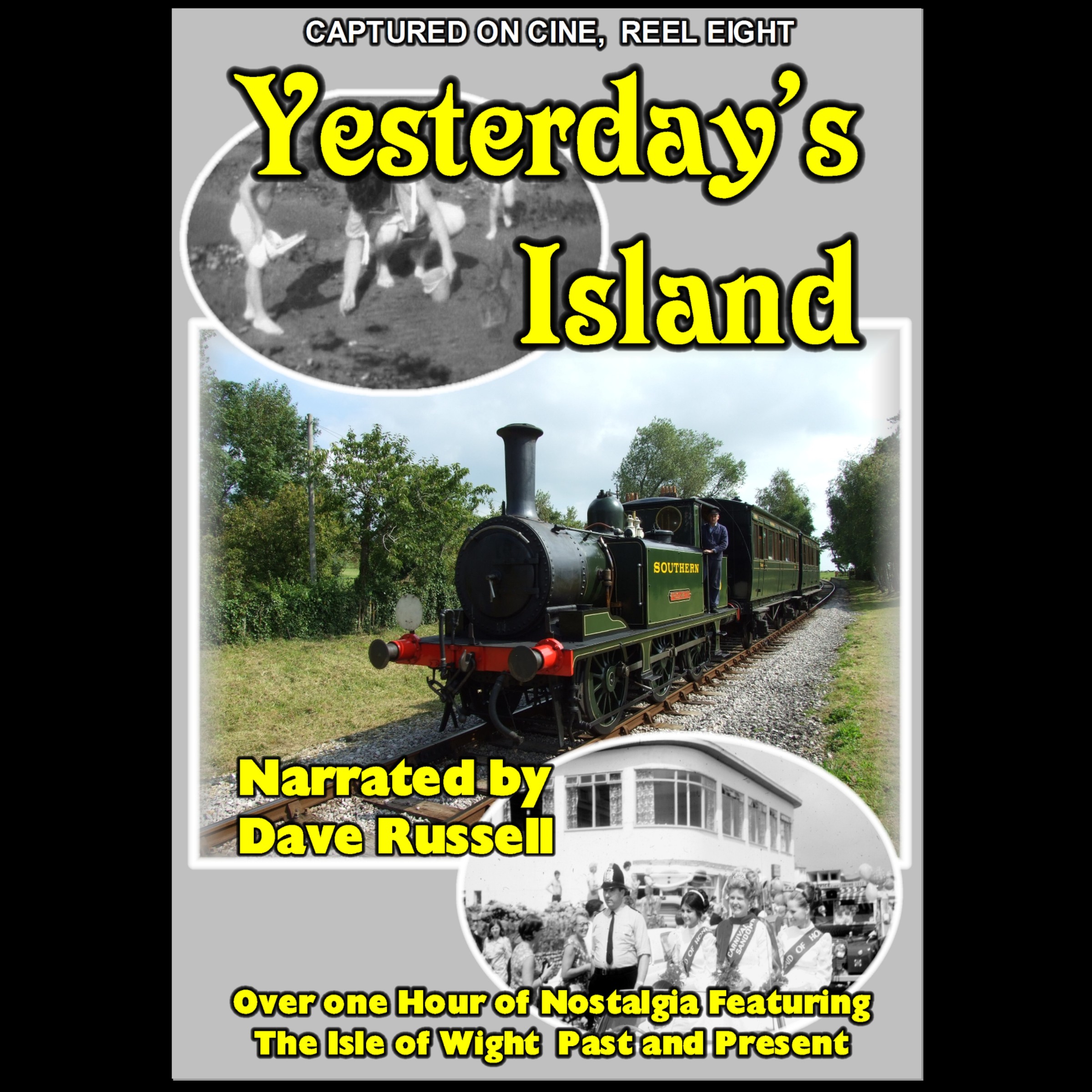 Sophie the Seal, the “Queen Mary” hedge, top secret rocket sites, flying boats and Steam Trains to Newport, all long gone and forgotten. But, due to the invention of cinematography and with the help of amateur film makers over the last 80 years, Image Films is able to bring these scenes, and many more, back to the present.
Join us on a journey round “Yesterday’s Island” and step back into the past with one hour of pure nostalgia, including visits to Little Appley School in 1947, Blackgang in 1960 and Sandown in 1937. In the 40th anniversary year of the Isle of Wight Steam Railway, this DVD also contains footage from January 24th 1971 of the transfer of railway rolling stock from Newport to Havenstreet.